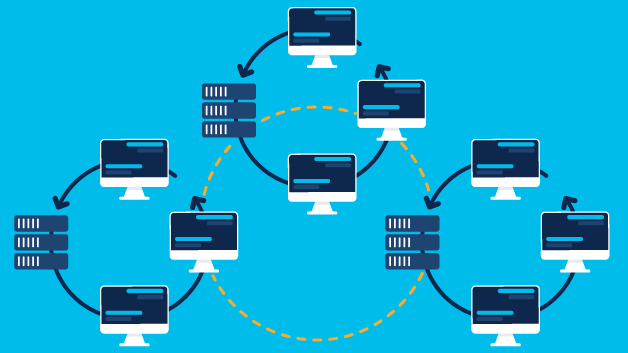 WANs link smaller networks across vast distances, and their design, protocols, and technology have developed to SD-WAN, its most recent form. It is essentially a network of networks. The Internet is a massive WAN, and you can connect to it via anything from an Ethernet connection to a coaxial cable to a cellular radio signal. Your business network, home Wi-Fi, cellphone, wristwatch, a doorbell camera, and vehicle-based Internet connection are all just the ends of a huge global WAN that keeps growing to carry more traffic and move that traffic faster as the need for near-instant access to resources grows.

What distinguishes a WAN from a LAN?

A Local Area Network (LAN) is limited to a small geographical area. LANs are often restricted to a single building or a small campus in the corporate environment. Switches and routers link all of the devices that end users need to access in a LAN configuration. Your home Wi-Fi is also a LAN, which allows you to connect several devices, such as laptops, desktop computers, printers, and smart home gadgets, to a central router.

An external link is connected to the router when your network demands access to resources that are not available on the LAN. So, whereas a LAN links you to your network’s local resources, a WAN connects different networks together to share resources. 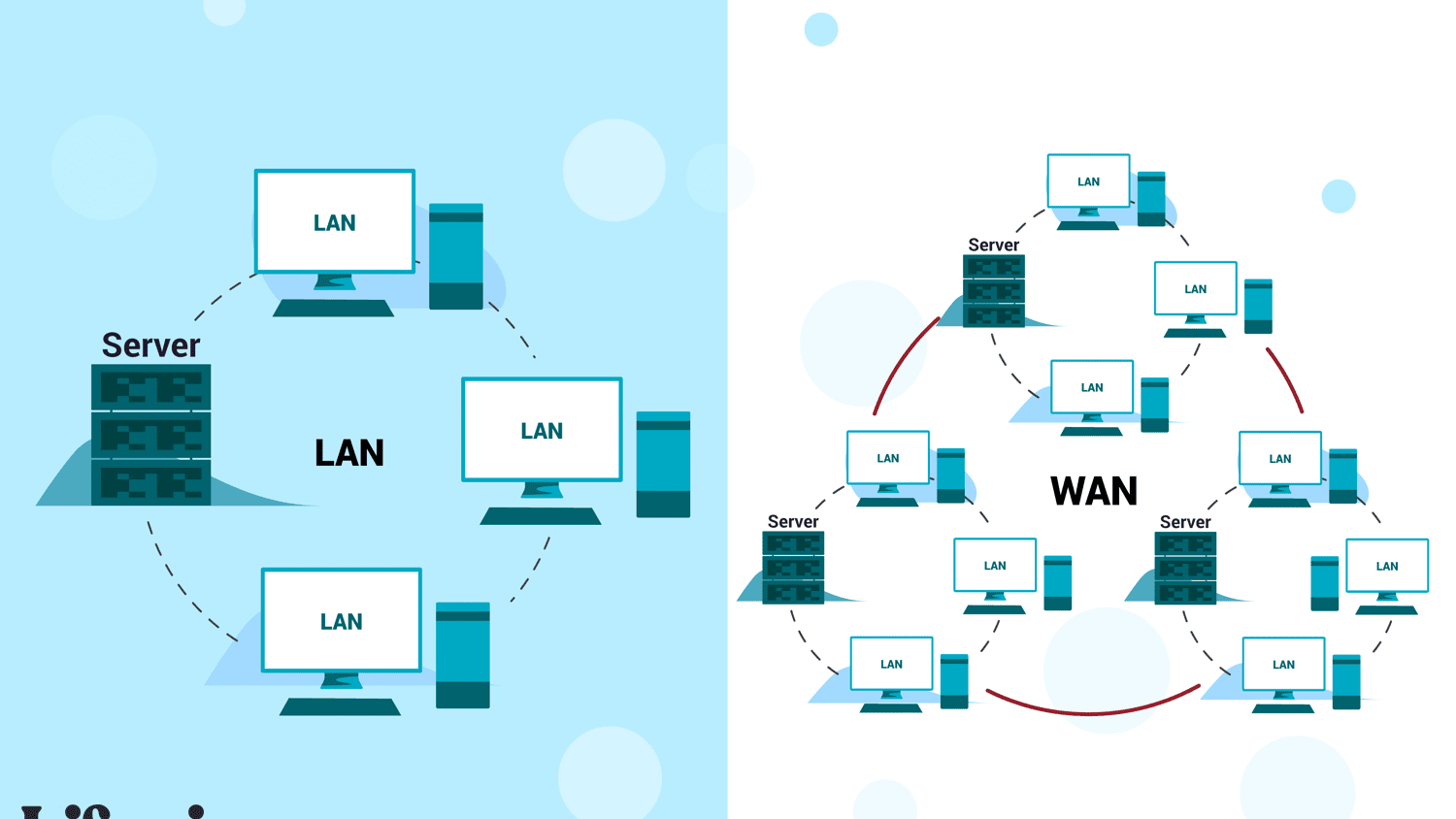 The WAN connects numerous LANs in the event of a firm with a corporate headquarters and multiple branch offices distributed throughout the world. While LANs commonly use Ethernet technology to link end users, WANs can use a number of transport technologies.

What exactly is a private WAN?

LANs are normally managed by an organization’s IT personnel, whereas WANs rely on physical connections supplied by major communications providers. There are several methods for transporting WAN data, each having advantages, disadvantages, and prices.

Leased data lines are used to construct a private WAN. The network is maintained by the service provider (through numerous interconnects and suppliers, if necessary) to provide continuous connectivity between network endpoints. Leased lines give symmetric upload and download speeds that are stable. It is generally the most expensive choice because the service provider reserves unique infrastructure for a private WAN. If there is damage anywhere along the network, service will definitely be interrupted, so redundancy is needed.

What exactly is a cloud WAN?

As employees relocated to remote locations and applications moved to the cloud, enterprises began to adopt a cloud-based WAN strategy that leverages a network mesh to deliver highly redundant access anywhere on the globe.

AWS Cloud WAN, for example, is a managed service that clients may use to establish and maintain a worldwide network that links resources running across the cloud and on-premises settings, such as branch offices, data centres, and Amazon Virtual Private Clouds (VPCs).

What exactly is an MPLS WAN?

A single service provider, such as Verizon or AT&T, manages an MPLS network from start to finish, utilising an already existing set of physical networks to construct a virtual path through them. The Transmission Control Protocol/Internet Protocol Suite (TCP/IP) divides the data stream into smaller parts, or packets, which are delivered separately and reassembled at the network’s destination endpoints.

Each packet has a payload as well as an identifying header with destination and reassembly information. At the destination, each packet is validated, and if successful, an acknowledgement is provided to the sender. If verification fails, a request is returned to the point of origin and re-transmitted.

For rapid transit rates throughout the network, data packets on an MPLS network are tagged and routed depending on that pre-defined path. An MPLS cloud makes use of numerous physical networks and can switch routes to take advantage of the greatest bandwidth or to avoid difficulties. To increase application performance, traffic may be shaped using Quality of Service (QoS) characteristics such as video and Voice over IP Telephony (VoIP). While less expensive than leased lines in a private WAN, MPLS can be costly when compared to connecting to the internet directly.

What exactly is an internet-based WAN? 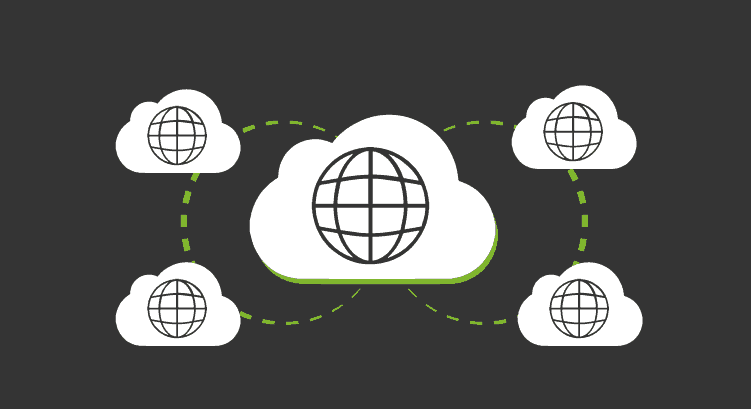 Rather than paying a premium for a leased line or MPLS connection, businesses can simply connect to the internet via an Internet Service Provider (ISP). A direct internet connection offers you access to the enormous network nodes that make up the world’s largest WAN. The downside is that there is no one in charge of making sure that the data flowing through the internet is good and reliable.

Data packets are transmitted on a best-effort basis after being examined for destination addresses at each routing hop. This is OK for many applications, such as emails, where latency between sender and recipient is not an issue, but it may be troublesome for apps that need low latency.

Furthermore, because the internet is a dispersed public network, data packets are more likely to transit via the servers of malicious actors attempting to acquire or alter your data. Unlike MPLS or leased lines, it is necessary that all traffic be encrypted.

Since the internet is everywhere and easy to get to from many different places, it is the most cost-effective way to build your WAN.

What exactly is a managed cloud WAN?

What exactly is a wireless WAN?

A wireless WAN connects cellular broadband radio devices to a network of radio towers known as cells, which operate as base stations to convert wireless data packets travelling through private or cloud WANs. (Using a wireless transportation layer, numerous devices may be connected to achieve point-to-point communication.)

The wireless network architecture is intended to accommodate millions of connections across a large geographic area. When an endpoint transceiver leaves the range of a cell, the network immediately switches the connection to the next, ensuring continuous communication. Since the cellular network is already in place, it is easy and cheap to set up a wireless WAN.

This sort of WAN is commonly used to link Internet of Things (IoT) devices that gather and analyse data. For example, the parking metre you pay is linked to a wireless WAN to collect your money and validate your authority to remain in the area. As newer 5G technology becomes available, its increased capacity will make it possible to transfer mission-critical data, like what self-driving cars do.

What does contemporary WAN architecture entail?

It’s critical to understand what kind of data you’re dealing with on your WAN. When transferring extremely sensitive or low-latency-dependent data, you will create something unique.

Connections from various types of transport will be available at the WAN’s core, allowing traffic to flow where it is most efficient and cost-effective. If you want a connection that is fast, secure, and reliable, you should think about a private WAN.

An MPLS connection will provide a secure, redundant, and consistent connection at a lower cost than a leased line for the majority of your traffic that requires dependable data delivery, such as content distribution, VoIP, or video conferencing. You will also be able to change the traffic on your network by setting QoS parameters to give important services more priority.

Finally, add Internet connectivity to redirect non-critical traffic to the most cost-effective path available. It also allows for user connectivity from anywhere via tunnelling. The Virtual Private Network is the most frequent type of tunnel (VPN). VPN connections encrypt data as it passes over public networks such as the internet, making it private.

As a cheap insurance policy in the case of service outages, you may also set up a point-to-point VPN connection to operate as a redundant link for leased lines. The VPN is encrypted, and while it is slower, it will provide a temporary solution in the event of a tragedy.

A firewall will sit between the internet and your network, blocking any traffic that you haven’t specifically approved; an additional layer of security on top of the VPN.

Endpoints that need to connect via a cellular network, such as a smartphone accessing an application through a protected website, or by first connecting to a VPN that permits access to resources such as database servers or storage devices, will provide wireless connectivity into your WAN.

Because data packets travel on fibre optic cables, the speed of light restricts the transmission of data over the WAN. The longer it takes for data to travel between two points, the farther apart they are. A few hundred milliseconds may not seem like much to us, but to current computer infrastructures, they are an eternity.

It is also worth remembering that, while everything appears to be happening at the same time on the network, data packets are actually flowing sequentially through the cable. As additional devices connect to the network, issues such as congestion and lost packets can cause performance issues.

WAN optimization technologies like deduplication (which stops data from being sent twice), compression (which makes data smaller), and caching (which stores frequently used data closer to the endpoint) help solve these problems. Traffic shaping is a method for setting QoS parameters that give priority to network packets for time-sensitive applications like audio and video over less time-sensitive traffic like email, which improves overall performance.

What exactly is SD-WAN?

WAN administration is a time-consuming and labour-intensive process. Software-defined WAN (SD-WAN) can help by keeping track of how well all WAN connections are working and choosing the best route based on the type of traffic. Smooth video playback, for example, necessitates that packets be sent in the correct order. Because putting this traffic on a busy link like the internet might hinder packet delivery, SD-WAN would route these packets through a leased line or MPLS. Email may use the public Internet since it is not susceptible to bad user experience if packets come later. The SD-WAN software takes into consideration each type of link and routes traffic to the optimum path depending on cost and performance parameters. According to DataVagyanik, a market intelligence organisation, SD-WAN technology is a vital component of any networking strategy, with a $3.25 billion market in 2021 that is predicted to rise 30% in 2022.

The Future of WANs

WAN technology has come a long way since the days of circuit-switched telephone lines and 2400 baud modems. Leased lines, wireless, MPLS, and the public internet now allow you to videoconference with anybody on the globe from your phone, backup your data to another city, supervise the operations of a self-driving vehicle, and work from anywhere there is a radio signal.

WANs aren’t only for the Earth. NASA and other space organisations are developing a dependable “interplanetary internet” to send test communications between the International Space Station and ground stations. The Disruption Tolerant Networking (DTN) initiative is the first step toward establishing an internet-like structure for communications between space-based objects, such as the Earth and the Moon or other planets.

What is a wide area network?

A wide area network (also known as WAN) is a big information network that is not restricted to a single place. Through a WAN provider, WANs may permit communication, information exchange, and much more between devices all over the world.

Where does a wide area network come into play?

A wide area network (WAN) is a big computer network that links computer groups over long distances. WANs are often used by large companies to connect their office networks. Each office usually has its own LAN, which connects to a WAN.

What is the distinction between LAN and WAN?