VMware vSAN creates a distributed, shared data store by pooling direct-attached storage devices across a VMware vSphere cluster. Additionally, organisations utilise the technology to manage computing and storage on a single platform. Organizations may minimise the cost and complexity of traditional storage systems by employing policies and rules in vSAN to control storage.

vSphere, VMware’s virtualization cloud computing solution, allows users to establish the storage needs for virtual machines (VMs) on a vSAN cluster; vSAN ensures that these rules are governed and maintained. When a need or policy has to be changed, companies may use the vSphere Client to deploy these policies and rules, which manage both cluster administration and storage policies. 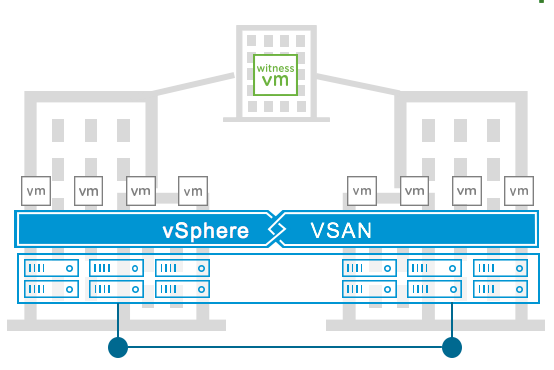 VMware vSAN works with the VMware ESXi hypervisor and can run on industry-standard x86 servers from Dell EMC, HPE, Fujitsu, and Lenovo, among others.

Using a two-tier vSAN architecture, VMware vSAN also enables hybrid and all-flash deployments. Both designs make use of a cache and a capacity layer.

Table of Contents hide
Key VMware vSAN features and benefits
The best VMware vSAN applications
VSAN editions’ comparison
VSAN’s partners and competitors
SAN vs. VMware vSAN
Frequently Asked Questions
What is the purpose of vSAN?
What exactly is VMware vSAN storage?
What is vSAN and what are its advantages?
What’s the distinction between SAN and vSAN?
Is vSAN a storage system?
Is vSAN considered a cluster?

Although the feature set changes based on the licencing type, VMware vSAN provides the following capabilities and benefits:

VMware vSAN offers up to 150,000 IOPS per node, as well as automation, scalability, and security. As a result, vSAN is suited for the following scenarios:

For vSAN, VMware offers four licencing options: Standard, Advanced, Enterprise, and Enterprise Plus. Each of these options includes basic functionality such as the ones listed below:

The Advanced edition includes the following features in addition to the Standard edition:

The Enterprise edition has all of the same features as the Advanced edition, plus support for: 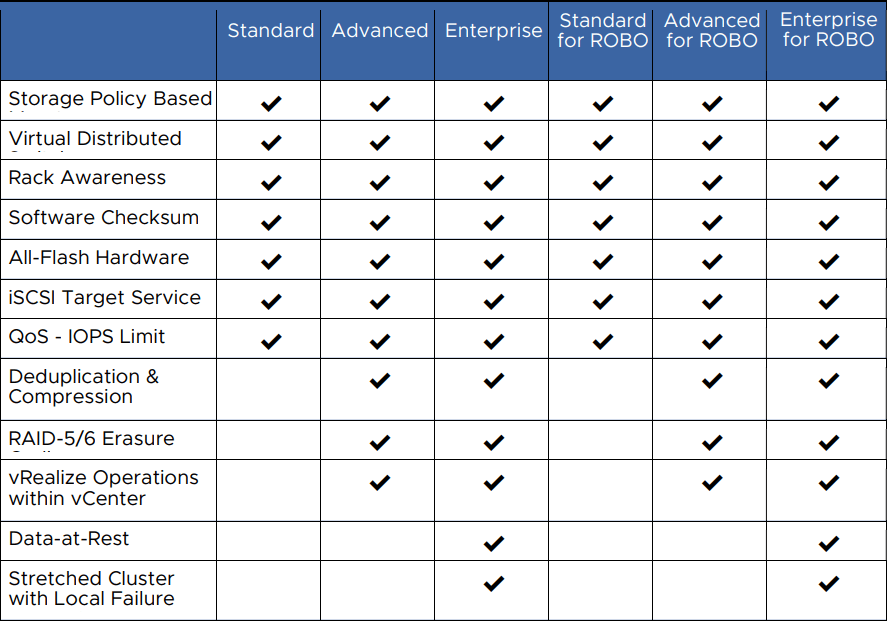 Nutanix and HPE SimpliVity are two major rivals for HCI equipment. Nutanix can run on a variety of servers and focuses on offering corporate apps and virtual desktops with excellent performance and reliability. Both vSAN and HCI provide safe, shared storage for virtual machines. HPE SimpliVity is a hyperconverged stack that incorporates computing, storage, networking, and data centre services. It’s for businesses that want to improve their local storage on-premises, their public or hybrid cloud infrastructure, or both.

A storage area network (SAN) is a specialised high-speed network that links numerous servers to shared pools of storage devices. In a real SAN, a virtual SAN is a logical partition. A virtual SAN can make it easier to configure and scale a storage system. Virtual SANs can also be built using software-defined storage solutions like Microsoft Storage Spaces Direct or Red Hat Ceph Storage.

What is the purpose of vSAN?

VMware vSAN creates shared storage for virtual machines using a software-defined method. It turns the local physical storage resources of ESXi hosts into storage pools that can be divided and given to virtual machines and apps based on their quality-of-service needs.

What exactly is VMware vSAN storage?

What is vSAN and what are its advantages?

A VSAN allows users to simply and quickly move data between discs. better management of the information lifecycle. Administrators of virtualization can move data that is used often to high-performance storage and move data that is rarely used to less expensive storage.

What’s the distinction between SAN and vSAN?

VSAN only works with ESXi hosts, whereas SAN uses storage protocols like FCP and iSCSI. With a traditional SAN, storage administrators have to set aside space on separate systems ahead of time. With vSAN, local storage resources are instantly turned into a single storage pool.

Is vSAN a storage system?

VMware vSAN is an enterprise storage solution that is software-defined and supports hyper-converged infrastructure (HCI) systems. As a layer of software that is spread out across the ESXi hypervisor, vSAN works perfectly with VMware vSphere.

Is vSAN considered a cluster?

The following properties are seen in a vSAN cluster: Each vCenter Server instance can have numerous vSAN clusters. You may manage several vSAN clusters with a single vCenter Server. vSAN uses all devices, including flash cache and storage devices. No devices are shared with other features.