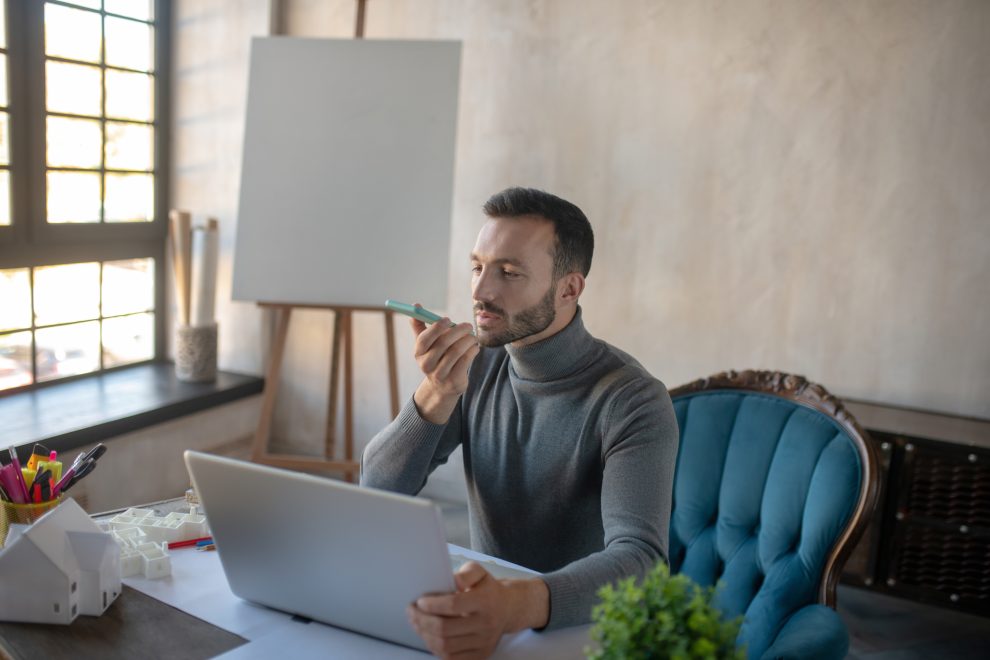 Once upon a time, telemarketing was the best way to reach prospects. It’s basically when you call numerous customers every day in hopes of landing a sale on a few of them. It was an excellent strategy, but it had its downsides. For one, it requires a great deal of time, as each employee or telemarketer must sit through potentially hundreds of calls for several hours on end.

That was until a few years ago when businesses used to hire an entire team for such a task. Now, digital marketing is the new trend, but that doesn’t necessarily mean cold calling is obsolete.

With technologies like ringless voicemail and companies like Drop Cowboy, it seems the olden ways have become a lot more convenient and affordable, too. Read on to learn more.

An Overview Of Ringless Voicemail Technology

Ringless voicemail is a technology that allows businesses to send a pre-recorded message to prospects. It doesn’t involve engaging in a conversation, and the message often doesn’t cause the telephone or smartphone to ring, hence the name. It’s fairly similar to how text messages work, but rather than text, it’s an audio or voice mail, and it doesn’t leave a notification in the phone.

Ringless voicemail also doesn’t charge the recipient for the message. If you weren’t aware, incoming calls use a person’s minutes, so your prospects are paying for the calls they receive.

Put simply, ringless voicemail technology is an upgrade to the traditional telemarketing methods. It focuses on the convenience of the prospects, and that can go a long way in making a sale.

How Does It Work?

Though these are the basic steps to using ringless voicemail, businesses may vary different strategies. For instance, with the right tools, you might be able to schedule the voicemails.

With this strategy, you don’t have to click the SEND button or whatever button achieves that same result. The system automatically sends the voicemail without any user input. It’s a particularly useful method if you want to reach more prospects. Needless to say, the technology has countless possibilities, but be that as it may, it only works for certain organizations.

Who Is Ringless Voicemail Technology For?

Though it has numerous features, ringless voicemail isn’t for everyone. It’s a fair niche technology and is only useful and applicable to certain organizations. Below are a few examples:

Also READ  Employees Losing Interest In Work? Here’s What Managers Can Do To Get Them Back On Track

Though it’s a particularly useful technology for the aforementioned organizations and individuals, it’ll only be a viable option if its benefits fit your goal. Here’s a look at its benefits:

The issue with cold calls is that it’s disruptive to the day-to-day activities of the recipient. If they’re already occupied with their chores, the last thing they want is to receive a call from an organization they have never heard of. That’s the reason why telemarketers have such a bad rep in the industry. Ringless voicemail technology has no such issue as it it’s not intrusive.

Compared to cold calls, voicemails have a relatively high response rate.  One of the main reasons behind this is that cold calls require the recipient to respond immediately in the call.

Moreover, cold calls often leave the recipient in a bad mood. So, even if they are interested in your services, they may not respond out of spite. With a ringless voicemail, the situation is a bit different. Recipients know they have all the time in the world to respond. So, they can think it through, and if they were already interested, nothing stopping them from responding since the call was made at their convenience. The prospects know this, so they’re likely to respond.

As stated earlier, one of the techniques organizations use with ringless voicemail is schedule the messages. With this feature, you’re able to reach hundreds of prospects within a day without putting in as much effort as you would with cold calls. You don’t have to sit through several hours of punching in numbers and calling and having conversation with one person at a time.

Put simply, it’s more time-efficient, and as the previous benefits show, it’s also more effective. Of course, it requires you to already have a list of phone numbers, but the point still stands.

Furthermore, since your employees will require less time to reach prospects, they will in turn have more time to invest in the captured leads, ensuring more sales in the long run.

Another issue with cold calls is that calls may fail to connect. In those cases, the phone company may still charge the caller. Ringless voicemail providers often makes it so the system prevents unsuccessful calls from being registered. Hence, the phone company won’t charge you if the voicemail didn’t go through. Rather than affordable, perhaps it’s better to say it’s less wasteful. Nevertheless, this goes a long way in making sure you can afford the technology.

While it does bring a wide array of benefits to the table, ringless voicemail isn’t perfect. Many organizations have had ringless voicemail solutions where their client’s phones ring half the time. Perhaps it’s an issue with the system. Maybe their technology isn’t as advanced. Either way, this goes to show that it’s important to choose the right ringless voicemail company.

How To Choose A Ringless Voicemail Company

There are numerous options on the market with equally convincing stories. However, there are only a few of them that are truly worth your while, and here’s what they often have in common:

Keep in mind that most of the top ringless voicemail companies charge for each voicemail. They typically don’t have a monthly commitment. You can, however, pay for hundreds or thousands of voicemails at once every month, and that’s the closest you can get to a monthly subscription.

One issue with ringless voicemail technology is that organizations tend to have difficulties adapting it to their teams. But it makes sense since not everyone is tech-savvy enough to master it immediately. It’ll take a couple of days or even weeks for the average Joe. That’s why it comes a long way if the company’s platform is fairly easy to use and the interface is intuitive.

Every ringless voicemail company will have a platform that their client can access. The difference lies in how accessible those platforms are. Ideally, their platform is accessible in a variety of forms, like a mobile app, a website, or computer software. The worst-case scenario is when the platform is available only through one type of device, like a smartphone.

If the platform is accessible on different devices, you must ensure that it’s functional. It must allow you to perform all the tasks the platform has to offer. These include scheduling voicemails, monitoring their status, creating campaigns, and pre-recording a voicemail.

Since scheduling is an essential component of ringless voicemail technology, it must be top-notch. The ideal system would allow clients, including yourself to send voicemails individually, at different schedules, or in batches. It gives you several options to choose from when deciding to schedule your voicemails.

With that in mind, make sure you invest in training your people to craft effective voicemails. It may not lead to any immediate result or effect, but it’ll lead to numerous benefits in the future.

Shopping Cart Abandonment? Here’s How to Fix it Quickly

What Is Norstrat? Which Services They Offer? – Techchink