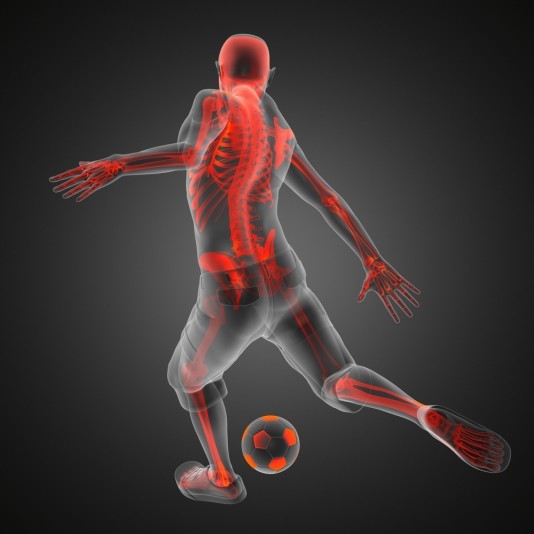 Is evident from the moment the athlete walks into a modern gym and is immediately greeted by rows of weight training equipment that can monitor everything from their heart rate to the pounds per square inch being exerted on the machine.

Of course, there is still old-fashioned kettlebell and strength-band training but both are often accompanied by digital technology immersed in something as simple as a jump rope that displays the number of jumps, calories burned, interval training data, and even interactive competitions against other jump-ropers.

Even headphones are state-of-the-art and there is one, in particular, the Halo Sport, developed by two neuro-scientists and designed to elevate the athlete’s brain to a “state of hyperplasticity” which is simply an increase in the number of cells that can improve strength, speed, and coordination.

As far as training for specific sports, you will find team trainers using everything from virtual reality headgear equipped with all of the bells and whistles to three-dimensional computer imagery of athletes in motion. Both allow the trainers to critique their athletes and provide feedback based on the results that can be viewed at any time during the training session.

This advanced technology is available to anyone but it has become intrinsic in some high school programs while ubiquitous at the collegiate and professional levels. College and pros sports bring in billions of dollars of revenue to the schools and franchises, respectively, which is why the investment in technology training is trivial compared to the results that can manifest because of it. Even the best sports books offer odds on D-3 events which illustrates the popularity of college sports or can play online casino.

But the technology is not only limited to sports training but to the actual sports themselves. We have the technology to call balls and strikes from a computer monitor that graphically displays every pitch and reveals exactly where it entered or missed the strike zone.

Professional tennis has been using an electronic line judge for decades and has augmented it with an army of close-lens cameras that can reveal exactly where the ball struck so that there is little if any, room to argue the calls resulting from the evidence.

Anyone that has hunkered down on an NFL Sunday in recent memory can attest to the get-the-call-right emphasis on replay that has forced officials to overturn their snap calls on a regular basis. The camera doesn’t lie and we have digital technology to thank for all college and pro sports becoming sounder due to the calls being validated, or invalidated, by the systems in place to do so.

The same can be said in every sport being played all around the globe. Craig Berman, the author of “Pros and Cons of Instant Replay,” said “Excellent officials may find themselves in a poor position to see how a particular play unfolds or simply miss a call. Instant replay fixes the correctable errors and gets everyone back on the field as if they never happened, helping the athletes on the field decide the game.”

As stated, virtual reality is becoming increasingly common in the training of elite athletes but it has also trickled down to the recreational weekend warrior looking for a tremendous workout to stay fit. And this is where we introduce Chris Milk, founder, and CEO of Within, in his interview with Nilay Patel of The Verge.

Milk’s newest workout app, Supernatural, can be found on Oculus Quest and is an innovative workout accompaniment that provides uplifting music within a virtual setting, enhancing the overall workout experience for its users.

“I don’t know the last time you were on a treadmill and half an hour seemed like 15 minutes. It’s certainly never happened to me. We thought, in the process of thinking about how we use this technology for this other use case, that definitely went into it.

“There’s something about your perception being removed from your physical body in space that just makes stuff hurt less, but it also makes it easier to push yourself harder when you’re doing a cardio workout. It does hurt less and yes, it’s part of the fact that you’re basically playing a sport that is fun.

“There’s a major difference between being in a gym and a coach or instructor saying like, “Okay, we’re going to do 50 squats in a row. Here we go. Ready? One, two.” That experience is totally different than surfing and going into a tube (wave) and squatting and holding for 20 seconds while the barrel forms around you, but the physical benefit and activity is the same. You’re never in the tube going, “How long am I going to have to hold the squat for?” You’re just enjoying the experience.”

Simplyaweeb – Is It Safe To Use? Best Alternatives To Simplyaweeb