Throughout its history, the sport of football has evolved. It is unlikely that technology will have a greater impact on how sports we love look in the future than it has already. It has taken football longer than other sports to embrace tech, but over the last five years, we have witnessed a number of rule changes that have encouraged the use of technology. In the short term, its use in football is still as influential as it was when the announcement was first made, but over time, could it have a positive impact on the game? Football matches aren’t just sports games for adults, they are games for everyone, and technology is at the forefront of advances. 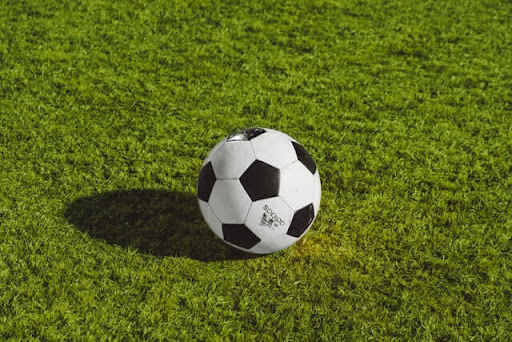 When determining whether a ball has crossed the goal line, referees have one of the most important decisions to make. Since the implementation of goal-line technology, decision-making has become almost foolproof. A number of games in history have presented standout moments with goals given when they should not have been and goals not given when they should have been.

The most famous example occurred during the 2010 World Cup when the referee did not award an apparent goal from Frank Lampard against Germany. By the time the very next World Cup was held four years later, goal-line technology was ready, and it has had an incredibly positive impact on football. The technology has only been mishandled a couple of times so far, with a notable incident occurring last season against Aston Villa when Sheffield United failed to receive a goal after the ball crossed the line.

The Hawk-Eye system was developed by Hawk-Eye Innovations Ltd in 2001 with many successful trials. This technology is the front runner for future football developments, especially with its recent use in cricket and tennis matches. The football version of this technology has performed very well in all test environments.

The Hawk-Eye system incorporates three cameras that focus on both of the goal lines, capturing footage up to 600 frames per second. This technology allows for a more definitive approach to goal-line technology, relaying information to referees within half a second. This is a perfect addition to football games within the Premier Leagues across the globe with each referee using headsets.

While the game of football has seen a considerable change in technological advances, so has the effort for fans to enjoy the game. The sport’s growth has been made more exciting with the financial wagers placed by fans all over the globe. Many of the world’s leading betting companies now offer apps for seamless experiences that can be made in real-time. Gambling on the move and in real-time has evolved the experience for many fans.

Sports fans can also achieve live streams after making bets on a specific price or promotion the individual company is offering. This easier access is creating much more excitement for sports fans.

It can sometimes be a thankless task for assistant referees to keep up with highly trained, fast-moving athletes. Still, offsides are among the most hotly contested calls in football.Prozone, for instance, helps coaches and managers analyze matches by tracking the position of players on the pitch. Why not use it to help those whose decisions can have a huge impact on the outcome?

When it comes to the biggest changes in the sport brought about by technology, it’s hard to ignore the video assistant referee (VAR). Many opposed to the idea of technology in the game were doing so because they thought there would be no controversial issues to discuss. Today, VAR has become one of the biggest talking points in the game, which is ironic. During the 2018 World Cup, the technology was introduced on the elite stage.

FIFA was happy with the results of the technology, claiming it was successful in making 99.3% of correct predictions. Since it entered the major leagues across Europe, there have been a few teething problems you can also play nederlandse online casino. It’s still believed that these issues are merely teething problems and that technology will improve once coaches, players, and fans can see how decisions are made more transparently.